Already have an account?
Home › Brief History of Modern Art in India: Pre-Independence...

The Indian peninsula has a rich cultural and art history owing to its age-old civilisations starting from the Indus Valley Civilization (3300-1300 BCE; mature period 2600-1900 BCE) to the Mauryas (322 BCE to 187 BCE), Guptas(mid-to-late 3rd century CE to 543 CE), Cholas(600 BCE – 300 CE), Lodhis (1451 CE to 1526 CE), Marathas(1674–1818 CE) and Mughals(1526 CE- mid-eighteenth century). Our traditional art rooted in religion and Indian mythology had many forms and styles but maintained a devotional aspect, meaning these art pieces weren’t intended for commercial purposes.  So it is fair to say that with the transition from the Mughal period to the British rule, India saw an important change in the Art scene as well.

As the Mughal and Rajput styles lost their prominence, the Indian art sphere saw the arrival of many European painters such as J. Zoffany, Tilly Kettle, T. Daniell, W. Daniell. These artists and their style gradually started to influence Indian artists and their subject. Moreover, the ambitious patronization and strategic policies of dissemination devised by the British Raj also prompted the local artists to adapt to the new genres like oil portraits, naturalistic landscape and academic nudes. These developments shaped the growth of many art societies across India. In 1854, the first Industrial Art Society was set up in Calcutta by Rajendralal Mitra, Justice Pratt, Jatindra Mohan Tagore and others. By 1864, the society was converted into the Calcutta Government College of Art. Soon to follow were the Bombay Government Art College and the Madras Government College of Arts & Crafts. The fine arts education at these colleges were catered to the European tastes in terms of themes and mediums like perspective, chiaroscuro, portraiture, landscape and still-life, to name a few.

The breakthrough moment came when the British East India Company set up in Calcutta expanded its network to the rest of India. The expansion resulted in many of the works produced by European artists in India, becoming a big draw in the courts of the princely states. The Nawabs and Maharajas, who were already patrons of visual and performing arts in India at the time, also wanted to collect European style of portraits. In addition to that, the merchants of the East India Company also provided a large market for native art. Artists started depicting scenes of everyday life, regalia of princely courts, and native festivities and rituals in their work. The influences of the British Art School spread far and wide. The first prominent Indian artist who got inspired by these developments was Raja Ravi Varma, who learnt the art of capturing a likeness in the painting from visiting European artists at the court of Maharajah of Travancore. He mastered the technique of oil painting, and many of his works saw a mixing of the decorative attitudes of the Tanjore School of glass painting and the British School of Art, arriving at a fusion of Indian themes in oil on canvas technique. His work is famous for portraying of beautiful sari-clad women and making them look shapely and graceful on canvas. 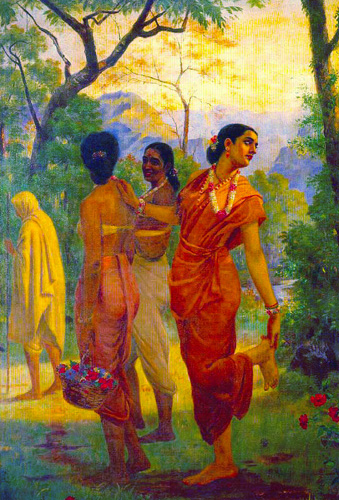 The arrival of western-style and modern techniques also played a significant role in the development of the Native Art movement famously called Bengal School of Art, which is considered to be a blend of two different styles of painting – the Oriental and the Occidental. The origin of the Bengal art can also be equated with the birth of Indian nationalism. Abanindranath Tagore was the first significant artist to emerge out of the Bengal School of Art. He was a major exponent of indigenous values in Indian art and is said to have redefined the meaning of modernity. Tagore’s distinct style is the blend of the Rajput and Pahari miniature style with the academic style of European painting. His compositions are infused with the emotional content and the miniature technique found in our Indian heritage. His painting ‘Bharat Mata’ is the most significant painting in his signature style, the wash technique. His painting ‘Last Days of Shah Jahan’ is also considered an important work of art as it marked the arrival of a new direction in the Indian Modern Painting where the emotive expression becomes the most significant characteristic of the painting. 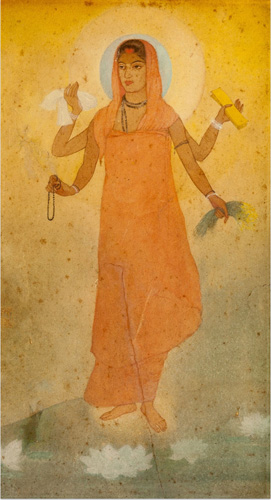 It is also important to note that the legacy of the Bengal School of Art lies in the rise of infrastructure, separate from British patronage. Many of these paintings ended up in museums and private collections. The Bengal School of Art redefined the grammar of the proto-modern visual linguistics of the Indian Art. It gave us an impressive line of modern Bengali artists like Jamini Roy, Nandalal Bose, K. Venkatappa, Samarendranath Gupta, Asit Kumar Haldar, Kshitindranath Mazumdar, Sarada Ukil and M.A.R. Chugtai. The position of Amrita Sher-Gil (1913-1941) in the domain of Indian Modem Art history is second to none. In her brief career, she incorporated post-impressionism idioms with indigenous traditions like Pahari and Ajanta painting tradition to carve out a pictorial solution to the every-day life of India. Her works were successful in marking a considerable difference from the European influence and the local Bengal School. She addressed the need for incorporating international aesthetics within the Indian sensibility in an attempt to take Indian Modern Art forward. In doing so, she became a milestone in the history of Modern Indian painting. Her vision was heightened by vibrant colours, and her themes came to focus on the rural people in villages, which are apparent in her paintings ‘Bride’s Toilet.’ 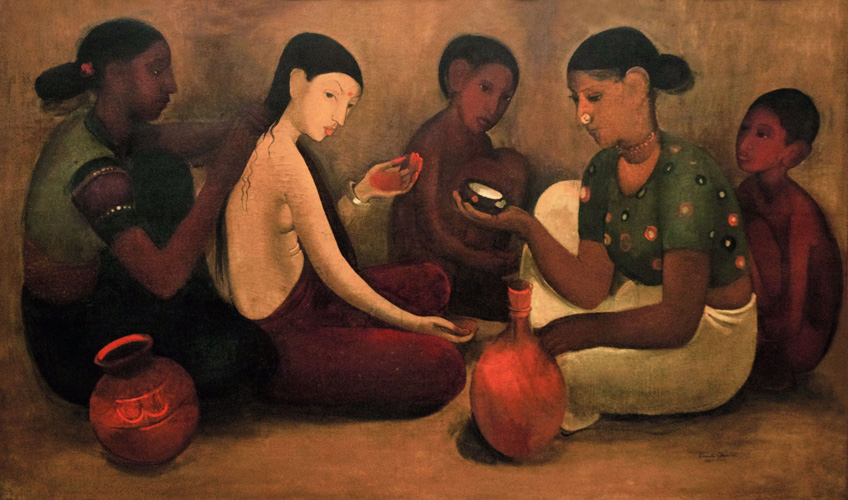 Art in buildings and buildings in Art: Interaction...

Common themes and trends in art

Expressionism: A look into the artists’ state of...

A Movement more than a Line and a Colour 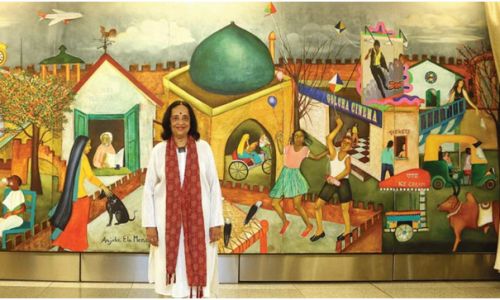 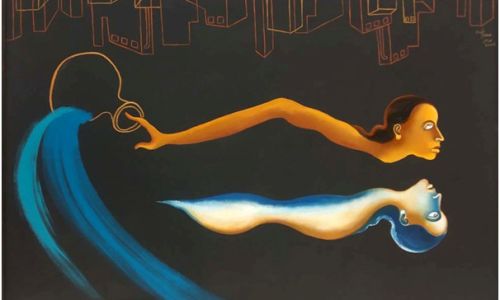 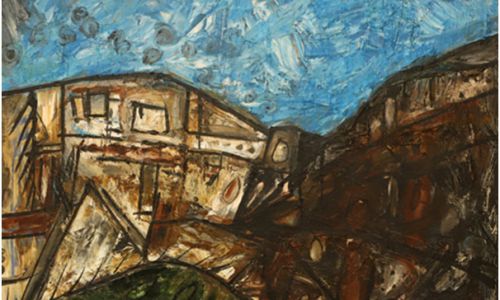 Art in buildings and buildings in Art: Interaction between Art and Architecture 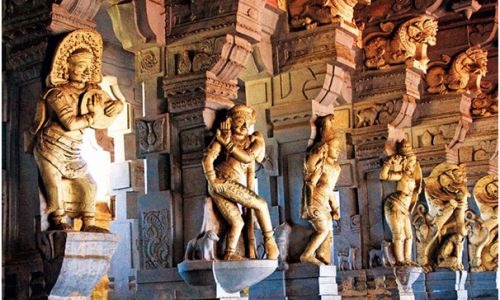 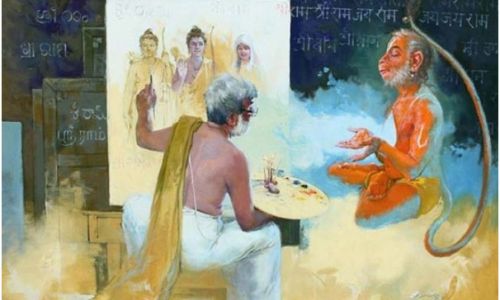 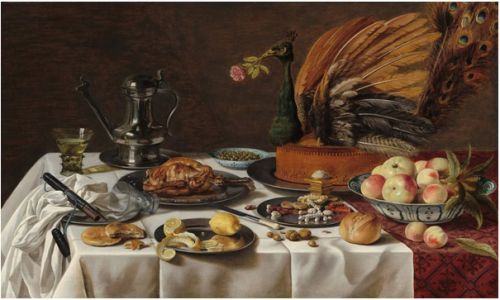 Common themes and trends in art 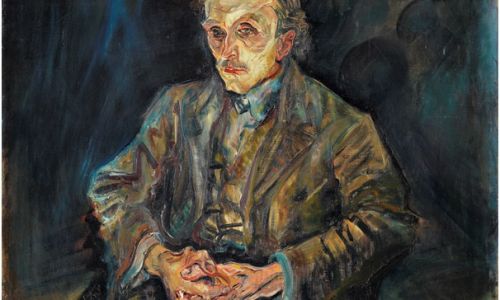 Expressionism: A look into the artists’ state of mind 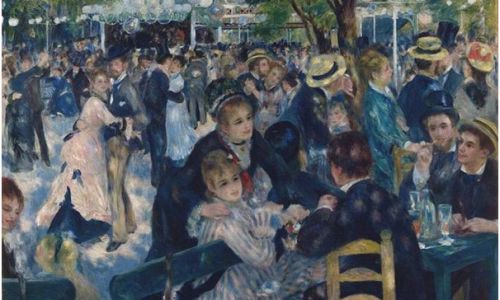 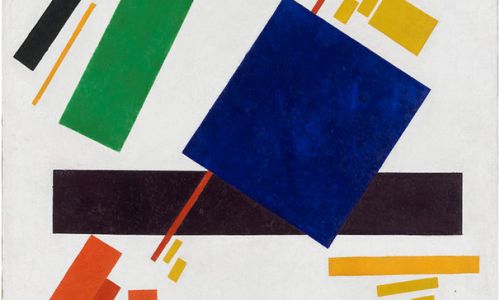 A Movement more than a Line and a Colour 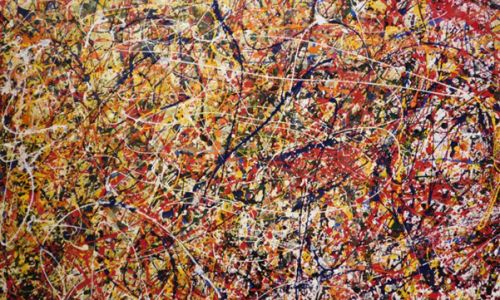 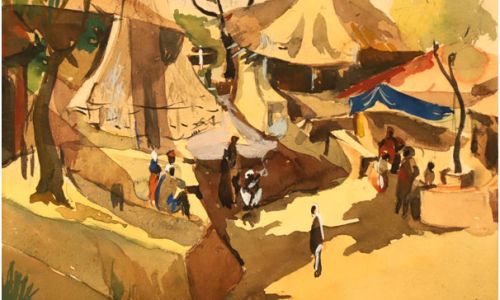